Through the verdant hills of the isle,
in line, in tandem with the minstrel siren,
the once angel of valor and strength,
grace and mercy, a demon disguise,
an eater of children, a banker of blood,
has deceived them as they stroll,
bouncing up and down to the beat
of the heathen drum in masked costume
as creature of the forest, as denizen
of the trees, the flowers, the fairies,
the March hair and the dragon,
waltz in reverie, drunken daydreams
unknown to the cosmic deity of love,
the hatred in their hearts is the fertile
soil of their soul and backwards,
upside down, contrary-wise,
they jest and duel the useful
fool, in clown mask and make-up,
to the pyre where they send their
wishes to the gods of children
and their ravaged and raped
bodies, a true sacrifice of the
conscience energy barreled
deep into the ether of
resentment, no forgiveness asked,
they simply bow their heads, aware of the sins
they mistook for virtues and stretch their
necks on the planks of wood and await
the sharpened blade to fall, crippling the dancing pagans
and silencing the minstrel who without the blood
of children, a hag in wait with demon eyes
anticipates the silent fate the outspoken majority
adjudicates to the light of the world,
the truth of crimes against humanity,
the atrocities performed against
the children of the sun.

“The Dancing Pagans” is a poem written by Michael Aaron Casares. All rights reserved.

Instant distant dirge,
a healing funnel of mud and death,
its kiss splattered all over the ground.
A spacious vacuum absorbs the
flagellate, the pustule morsel streaking
into bloody oblivion with the plaque
and dead skin. Walking wounded,
the earthworms schleps its way home.
The shards leave lei lines along the floor
that eat into its skin. The nails dig deep.
The hands are greedy, jealous,
and mad. The earth is mined and
smeared. Muzzled, with no love
and no chance of mercy,
it suffocates behind its own voice,
a shrilling shriek, a weaseled
murmuring of the depth
it lacks. To help it, to
stop the beast that rides its back,
and strangles it of the life it desires,
to backfire evil on evil with prissy
temper tantrums the lazy and
over privileged mock,
to assist it in its demise,
the stately demon sits on the bed,
a diplomat to degeneracy
and cheap prostitutes everywhere
pimped, sold, and used
by this otherwise slick and
condemned iceman.

“Black Orpheus: Mark of the Iceman” is written by Michael Aaron Casares. All rights reserved.

Readers of the novel The Distance to the End will be delighted to have collected the poetry and verse of Nicholas Duke, the proclaimed protagonist of the story. Black Orpheus: Poems of Dreams and Dementia by Nicolas Duke will be collected a poem at a time on the Wattpad writing social site along with other literary fiction of LGBTQ horror and dark fantasy. Poetry included in future entries of Black Orpheus will be featured on this website as well until the collection is complete and ready to go to print. Join Michael Aaron Casares as he spins more tales and weaves more poetry through the voice of his poet protagonist, Nicholas Duke and other voices.

Dead Can Dance – Children of the Sun

For a band like Dead Can Dance, I couldn’t start to begin knowing where to begin with such a responsibility as sharing one’s opinion about a band like Dead Can Dance. They truly are among the special gems fatigued writers and disc jockeys wax nostalgically; a subject the passionate eccentric relish and the go-getter goth applauds. The powerful must dance as they clap and sway hypnotized by the other-worldly magic that is the music of Dead Can Dance. The choice of lead musicians Lisa Gerard and Brendan Perry to step away from the nuances of a then thriving European artistic, electronic renaissance of the late 1970s and early 1980s, and embrace an almost archaic, organic and otherwise Earthly aural resonance, this Australian act continues to master its creativity to share its majesty with audiences. In Concert captures for listeners the master artist musicians as they present their craft. A support tour for their 2012 release Anastasis, Dead Can Dance completed a world tour touching every corner of the world. I didn’t think I’d see the live any time soon, having been a listener for the better part of a decade by then. I was ecstatic. I was also scheduled to work that night. The show was at a theater venue in heart of downtown, and it had sold out in minutes. I was lucky enough to find some tickets online through Craigslist that got me in the door, this after calling in to work. It didn’t phase me at all. This was a concert I wasn’t going to miss one week before my birthday. Any amount of risk was worth taking. The show opened with two new powerful incantations as presented respectfully, “Children of the Sun” with primary vocal by Brendan Perry and “Anabasis” as sung by the divinely touched siren so scarcely recognized, Lisa Gerard. The songs stay true to their original presentation giving audiences that familiar authorization, but also somehow becomes even more organic than the original presentation. Even on songs like “Rakim,” a now classic Dead Can Dance incantation,

fans have embraced worldwide, the effervescence of Lisa’s voice so succinctly intone with the memory of , is all at once an undeniable segment of the ensemble where it finds the magic it feeds. Never where is this organic response to the cold, and chilled tones of the electronic and synth more powerful than in a live venue. As much as Rakim is one of my favorite Dead Can Dance the setlist includes, other than the complete Anastasis album, several endearing canticles from some of their most relevant work is included, such as:  “Ubiquitous Dr. Lovegrove,” “The Host of Seraphim,” “Sanvean,” “Song to the Siren,” and “Nierka”. Each song is stated with precision, evoking the passion and perfection fans may have anticipated. From its inception, songs like “Children of the Sun,” “Anassasis,” and the pagan hymn,

Dead Can Dance – Return of the She-King

“Return of the She-King” are visceral enchantments, muses I connected too and can depend to take me to another aural plane where intentions infect reality with meaning in astral trajectory. What does that mean? Their music is infectious and can take listeners away, Perry and Gerrard equally wielding the whip of ownership. The pagan hymns aside, their creation allure and transport the listener. I was surprised to hear the march of the hare, the dance to the the sun god, in “Return of the She-King”, an impressive minstrel to behold majestic and ethereal.  I sometimes worry about my favorite artists that dabble in the dark arts and negative zones. That’s not to say they have a pagan influence, but if they are frolicking in the hills with Marina Abramovic & the Vanderbilts, I’d be concerned. Even if it was Madonna. Especially if it was Madonna. For the time being, the duo continue to launch their hallmark on the music industry with a new album in 2018 and continue plans for touring the world. This album, an homage to their live musical prowess, shall not go unheard.

Watch Dead Can Dance in concert.

Poetry of the metaphysical, transcendental, beat, post modern, fatalistic, phantasmagoric. Divine energies coalesce and converge here. Poetry published is featured in the featured poetry column, Pandoric at the publisher’s website, The Root of Many Returns.

We encourage artwork of the abstract, metaphysical, avant-garde, independent.

I learned something about
Myself today, & the way
the world becomes gravity.
The way one has to push off,
divine, cosmic as the way
is clear. We’re near. Just
hold on a little bit longer.
The sun, it is not distant
& the light is here.

“MacGyver” is a poem written by Michael Aaron Casares. All rights reserved. 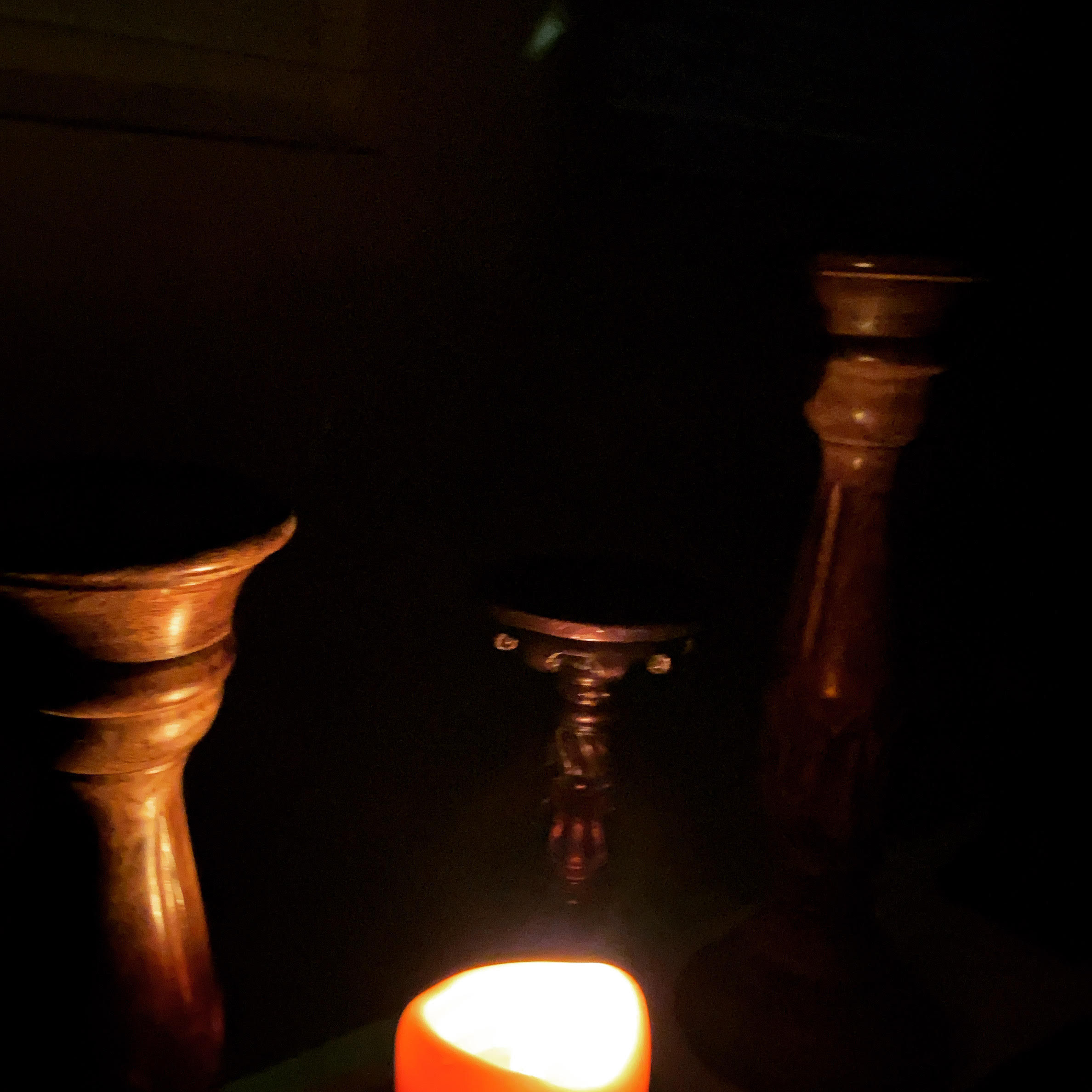 Disbelieve the truth/ It hides behind the boiling womb/ that births the Source we speak. / Laughing children / ask for a break / a mockery of their secret truths,/ the power that life holds for us all / locked within their minds, / with the memories and the magic./ Stripped away/for an ounce of prosperity,/ eyes no longer desire/ the ignorant omissions of lies./ The cynic slowly rises with the smile/ desperation lost among the hope

Everyday, I read another
verse like a diary entry.
Even with rhythm, meter,
a tried & true cadence,
the flirtation is the same,
the seduction is a bore,
the mystique slips away,
turns style into technique,
& everyone knows “technique
is nothing more than failed
style.”