Instant distant dirge,
a healing funnel of mud and death,
its kiss splattered all over the ground.
A spacious vacuum absorbs the
flagellate, the pustule morsel streaking
into bloody oblivion with the plaque
and dead skin. Walking wounded,
the earthworms schleps its way home.
The shards leave lei lines along the floor
that eat into its skin. The nails dig deep.
The hands are greedy, jealous,
and mad. The earth is mined and
smeared. Muzzled, with no love
and no chance of mercy,
it suffocates behind its own voice,
a shrilling shriek, a weaseled
murmuring of the depth
it lacks. To help it, to
stop the beast that rides its back,
and strangles it of the life it desires,
to backfire evil on evil with prissy
temper tantrums the lazy and
over privileged mock,
to assist it in its demise,
the stately demon sits on the bed,
a diplomat to degeneracy
and cheap prostitutes everywhere
pimped, sold, and used
by this otherwise slick and
condemned iceman.

“Black Orpheus: Mark of the Iceman” is written by Michael Aaron Casares. All rights reserved.

I learned something about
Myself today, & the way
the world becomes gravity.
The way one has to push off,
divine, cosmic as the way
is clear. We’re near. Just
hold on a little bit longer.
The sun, it is not distant
& the light is here.

“MacGyver” is a poem written by Michael Aaron Casares. All rights reserved. 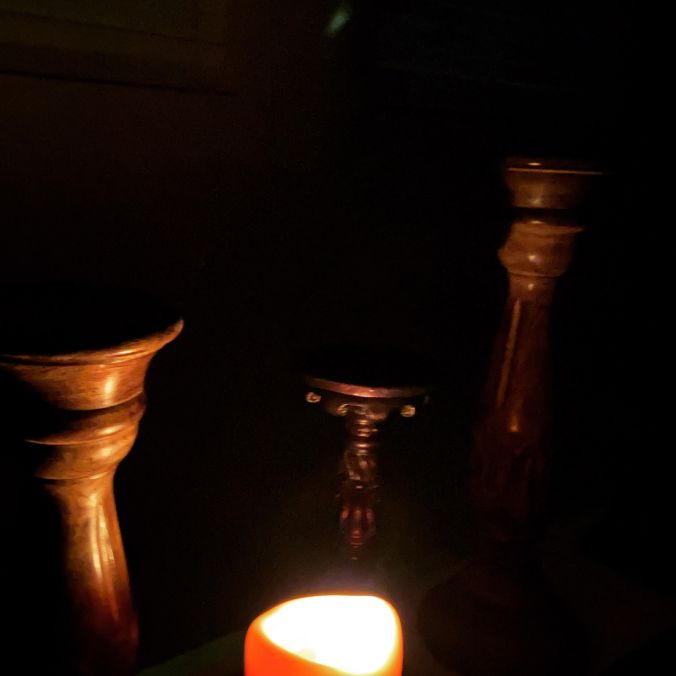 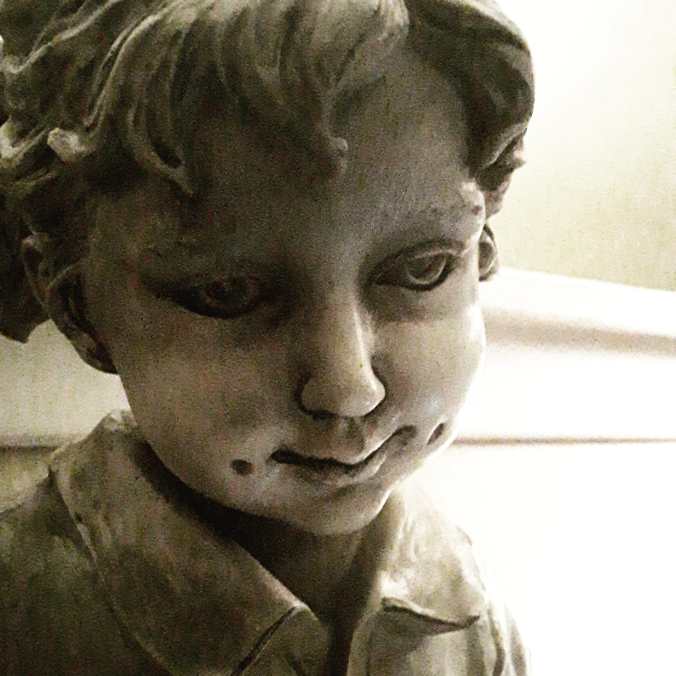 Disbelieve the truth/ It hides behind the boiling womb/ that births the Source we speak. / Laughing children / ask for a break / a mockery of their secret truths,/ the power that life holds for us all / locked within their minds, / with the memories and the magic./ Stripped away/for an ounce of prosperity,/ eyes no longer desire/ the ignorant omissions of lies./ The cynic slowly rises with the smile/ desperation lost among the hope

“Holy Ghost” is an ekphrastic poem written by Michael Aaron Casares, and originally published as part of a series on his Instagram. Follow Michael on Instagram. All rights reserved.

“Shadow Gate” is an ekphrastic poem written by Michael Aaron Casares, and originally published as part of a series on his Instagram. Follow Michael on Instagram. All rights reserved.

The sunset cast a fire
red across the vast horizon.
The orange yellow, fire sun,
a sphere of blistering white
at the center,
palpable only as a pebble,
the casting white so bright
it lift the eyes up to the sky.
The red fire,
the fire red that leaves words
once left unread like sands
dancing in a swallow,
have metered down unto the land
clay tabs of wisdom, wakened
by the cosmic forces celestial,
the distant galaxy and shining sun,
blinding fire, light upon light
upon glistening white,
we receive the cosmic source
that comes above and from
the celestial center of our being
and our mind and our existence
and our creation and our light.

“Sundaram” is an ekphrastic poem written by Michael Aaron Casares. All rights reserved.

“Funnel” is an ekprhastic poem written by Michael Aaron Casares. All rights reserved.

Dark to light,
the fire burns bright
inside. Reawakened.
The celestial pull of the full moon,
radiant, eminent, cosmic source,
provider of new direction;
necessity costs nothing
to a universe that’s willing to give.
But will you receive?

Dark to light,
the promises of the heart
when full, the gravity of serendipitous
coincidence. Synchronicity. Affirmation.
Let light stream, encase, ensconce from
top to bottom, from the deepest ravine,
the blackest trench, the void awaiting
the negligent, the nothingness awaiting
the conscience guilt riding inside
the vice grip.

Dark to light,
sun dance on a mirthful petal,
trance between the mushroom sphere,
magic, energy essential, a cascade
of glitter and sparks. New life on the
new moon, the sphere slowly begins
to turn. The dark side now illuminate,
reflecting specters of the sun.

Caught up in a mental cage,
caught up in a guilty pattern,
truth vies for love over your soul,
truth hides from fear within your eyes.
Dark to light, my once angel.
Dispassionate entries mar the dust.
Bring us light. Bring us love.

Dark to light, my once found love,
every ghost shall resurrect, every
thought shall be in-step with
intonation , affirmation, ascension
once released the shadow’s secrets.
In the light there is no darkness,
vast plains spacious horizon lost,
the sun rises on curving circle,
it moves to a stationary place above.

Dark to light, my now lost love,
the source, the sun, it shall remain
until the work of light is done.

“Drip Drip” is a poem written by Michael Aaron Casares. All rights reserved.

Get Michael’s new collection of poetry The Vanishing Poet free at Amazon Kindle.

My childhood’s home I see again,
And sadden with the view;
And still, as memory crowds my brain,
There’s pleasure in it too.

O Memory! thou midway world
‘Twixt earth and paradise,
Where things decayed and loved ones lost
In dreamy shadows rise,

And, freed from all that’s earthly vile,
Seem hallowed, pure, and bright,
Like scenes in some enchanted isle,
All bathed in liquid light.

As dusky mountains please the eye,
When twilight chases day;
As bugle-notes that, passing by,
In distance die away;

As leaving some grand waterfall,
We, lingering, list its roar—
So memory will hallow all
We’ve known, but know no more.

Near twenty years have passed away
Since here I bid farewell
To woods and fields, and scenes of play,
And playmates loved so well.

Where many were, how few remain
Of old familiar things;
But seeing them, to mind again
The lost and absent brings.

The friends I left that parting day,
How changed, as time has sped!
Young childhood grown, strong manhood gray,
And half of all are dead.

I hear the loved survivors tell
How nought from death could save,
Till every sound appears a knell,
And every spot a grave.

I range the fields with pensive tread,
And pace the hollow rooms;
And feel (companion of the dead)
I’m living in the tombs.

But here’s an object more of dread
Than ought the grave contains—
A human form with reason fled,
While wretched life remains.

Poor Matthew! Once of genius bright,
A fortune-favored child—
Now locked for aye, in mental night,
A haggard mad-man wild.

Poor Matthew! I have ne’er forgot
When first, with maddened will,
Yourself you maimed, your father fought,
And mother strove to kill;

When terror spread, and neighbours ran,
Your dang’rous strength to bind;
And soon, a howling crazy man
Your limbs were fast confined.

How then you strove and shrieked aloud,
Your bones and sinnews bared;
And fiendish on the gazing crowd,
With burning eye-balls glared—

And begged, and swore, and wept and prayed
With maniac laughter joined—
How fearful were those signs displayed
By pangs that killed thy mind!

And when at length, tho’ drear and long,
Time soothed thy fiercer woes,
How plaintively thy mournful song,
Upon the still night rose.

I’ve heard it oft, as if I dreamed,
Far-distant, sweet, and lone—
The funeral dirge, it ever seemed
Of reason dead and gone.

To drink its strains, I’ve stole away,
All stealthily and still,
Ere yet the rising God of day
Had streaked the Eastern hill.

Air held his breath; trees, with the spell,
Seemed sorrowing angels round,
Whose swelling tears in dew-drops fell
Upon the listening ground.

But this is past; and nought remains,
That raised thee o’er the brute.
Thy piercing shrieks, and soothing strains,
Are like, forever mute.

Now fare thee well—more thou the cause,
Than subject now of woe.
All mental pangs, by time’s kind laws,
Hast lost the power to know.

And now away to seek some scene
Less painful than the last —
With less of horror mingled in
The present and the past.

The very spot where grew the bread
That formed my bones, I see.
How strange, old field, on thee to tread,
And feel I’m part of thee!

The second version of “My Childhood Home I See Again” is the revised and final version written by President Abraham Lincoln. Which is your favorite version? 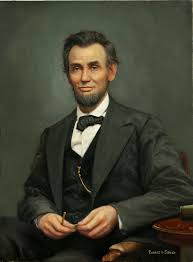 Abraham Lincoln was born February 12th, 1809 in Hodgenville, Kentucky, and served as the 16th president of the United States of America. President Lincoln is forever known as the president that led  the country through one of the greatest turmoils experienced, the American Civil War, as well as abolishing slavery engineered in his Emancipation Proclamation, and writer of the historic Gettysburg Address. President Lincoln was assassinated by John Wilkes Booth on April 14th 1865. 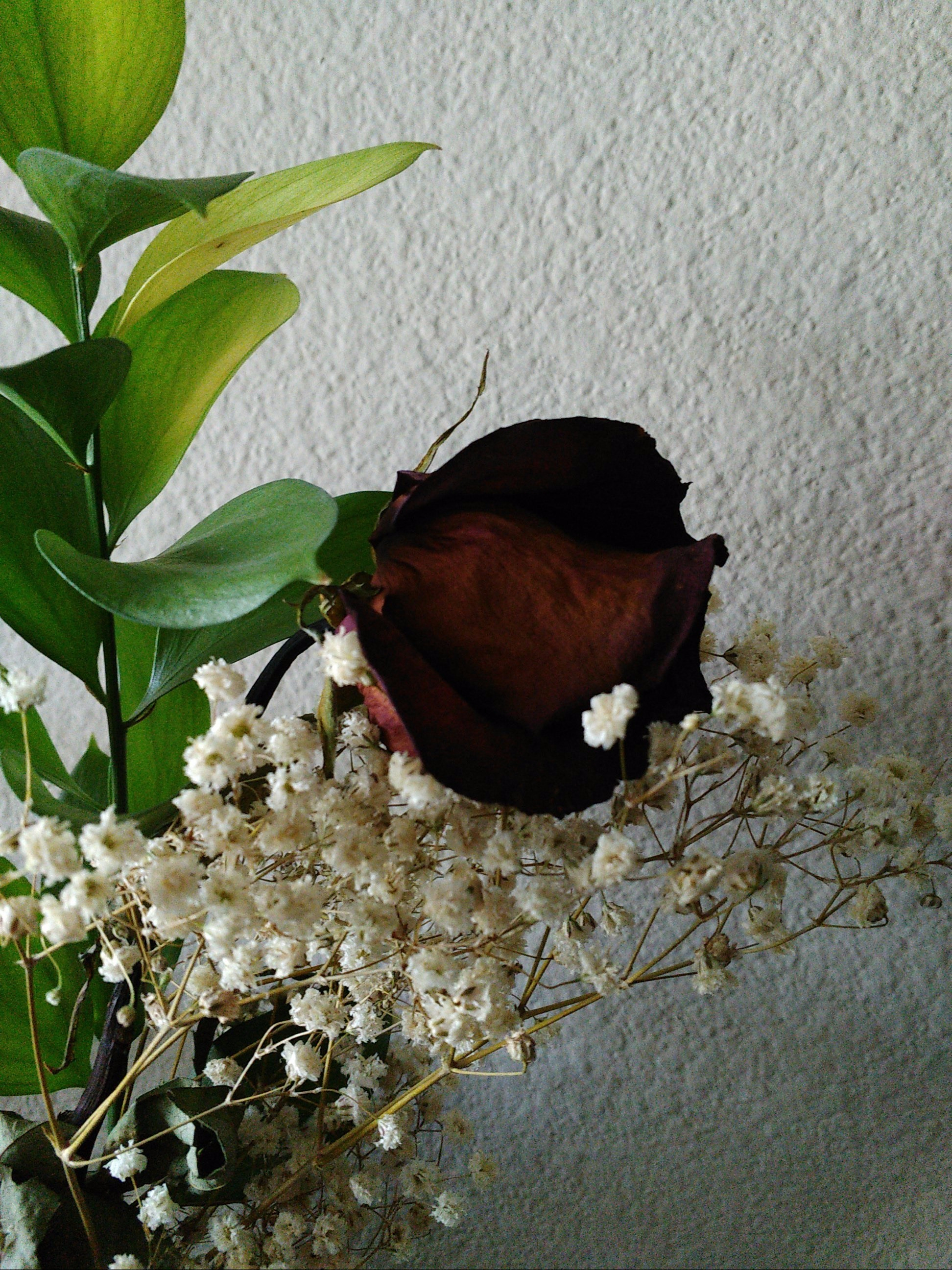 Welcome to The Root of Many Returns, the legacy website of author Michael Aaron Casares. Poetry, fiction, blog, review, and much more is available for readers and followers alike.

All books purchased here at The Root of Many Returns site are signed and include free s/h.

Join Michael’s Patreon and get access to the Max Caulfield Serials, as well as behind-the-scenes and other exclusive content.

The Root of Many Returns is updated weekly, so we look forward to seeing you back. Till then, enjoy the read; question, comment. 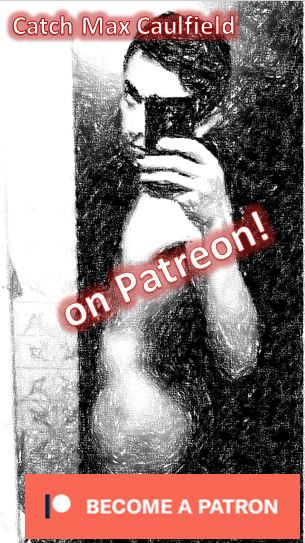 The Max Caulfield Serials only on Patreon!

Link to the R.O.M.R Blog

Click the link to purchase a copy at Amazon. Or, visit the “Book” page and order them directly from Michael and receive your copy signed with free shipping. 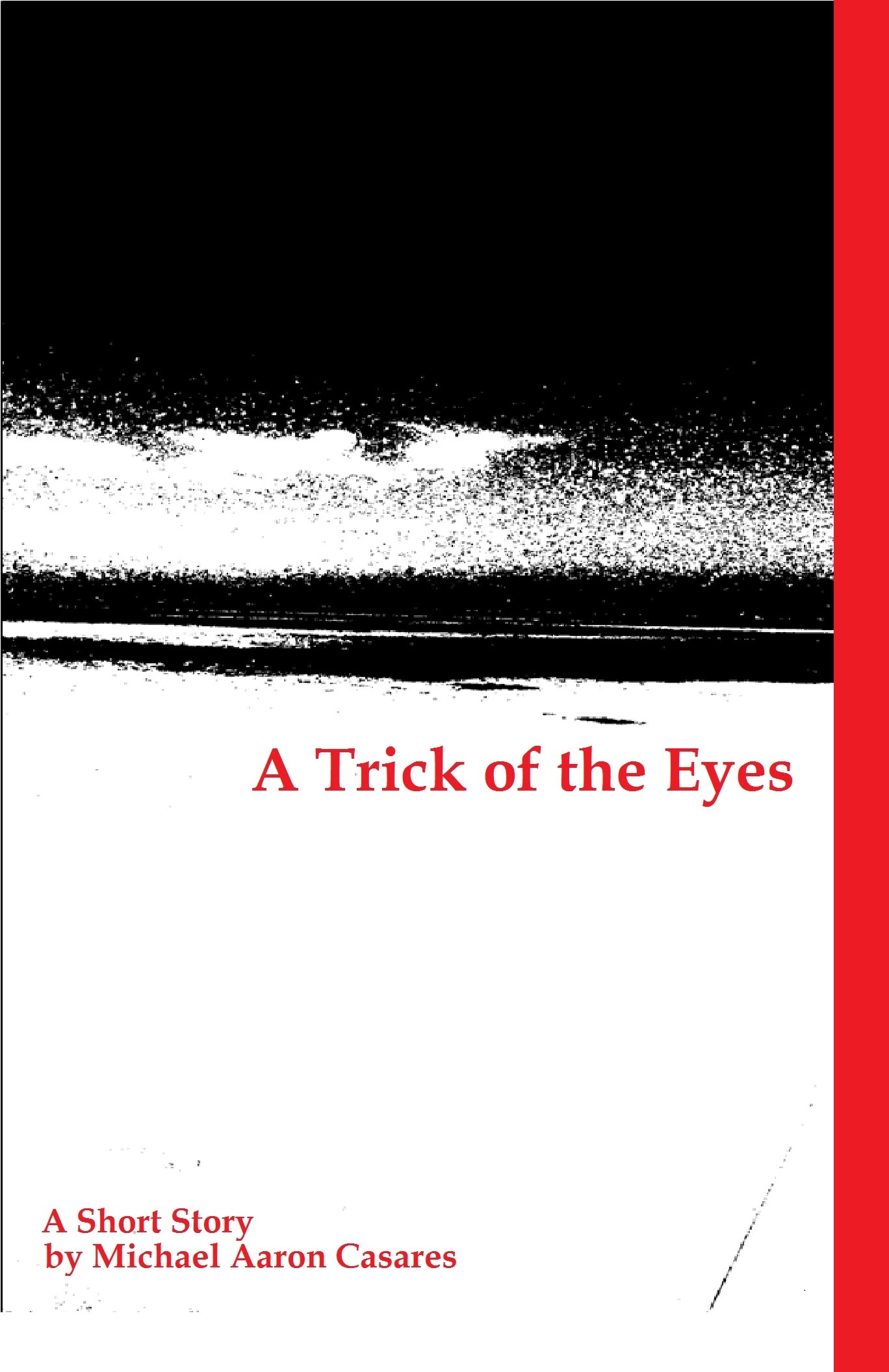 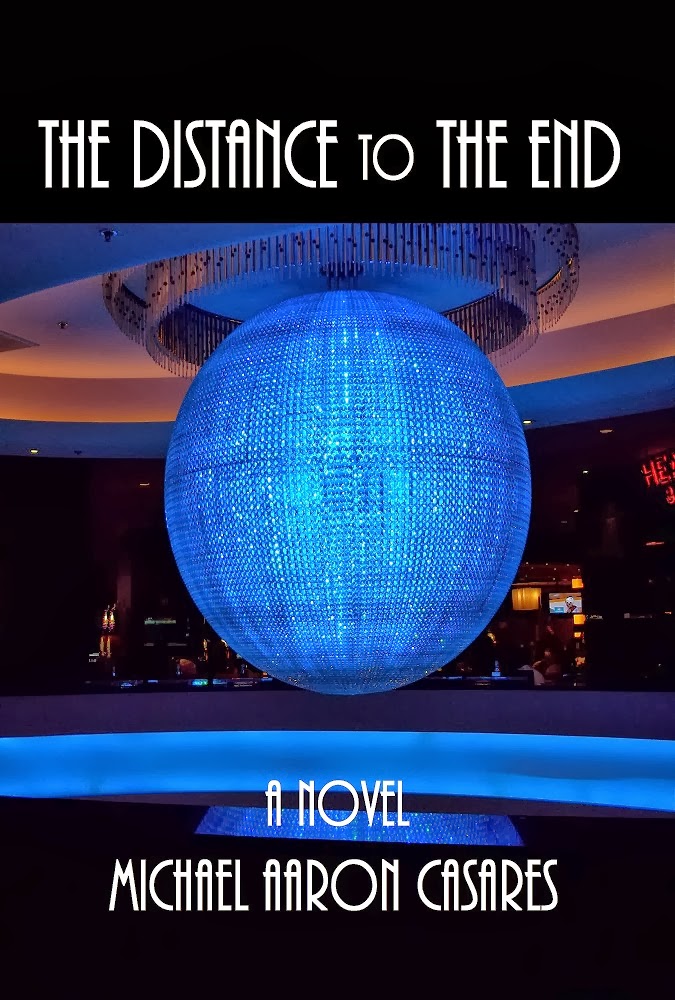 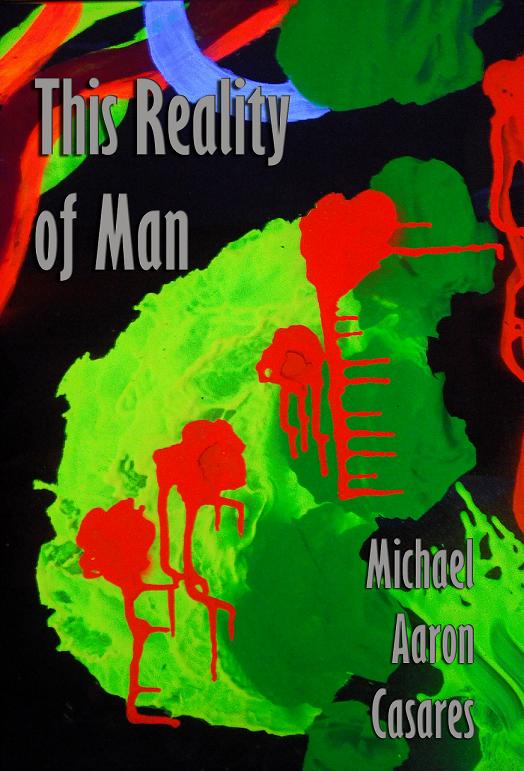 The Root of Many Returns